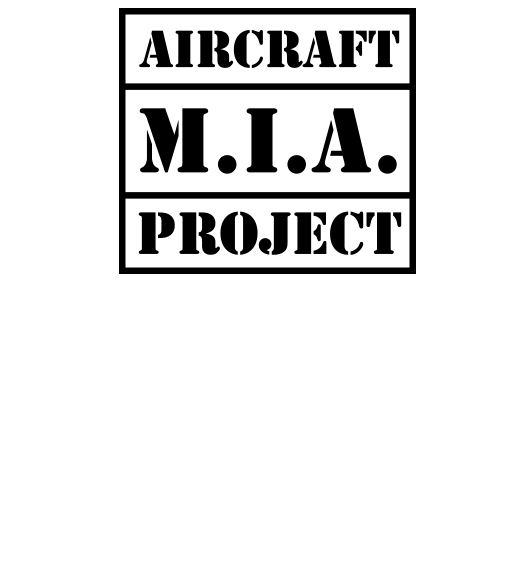 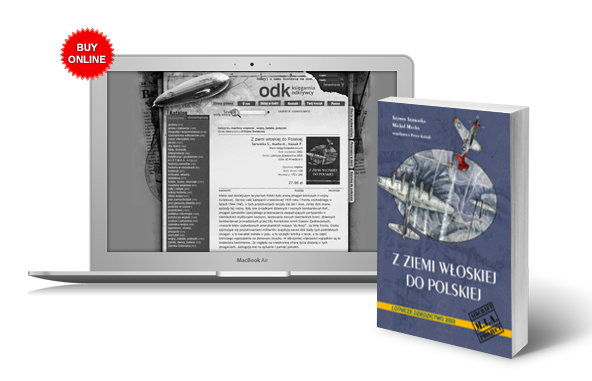 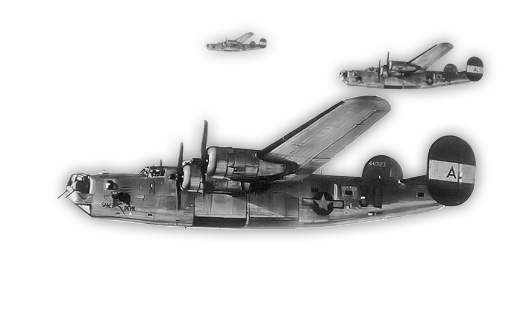 
Articles / A mystery of Stolsko lake

In July and August of 1989 members of the Fifth International Expedition of Divers, organized by Head Quarter of the Union of Polish Scouts, recovered parts of American Flying Fortress from lake Stolsko near Szczecin. It is known that majority of the findings were taken to the Soviet Union, whatever was left went to the Polish Military Museum in Kolobrzeg. Currently the museum has a silver metal piece with a white star on a blue field, a couple of destroyed parts of the airplane, metal magazine with 14 bullets, steel helm, bulletproof vest and one boot. In 1996 a group of divers from Gdansk under the direction of J. Janczukowicz recovered more parts of the Flying Fortress. The biggest one being a large part of the right wing. 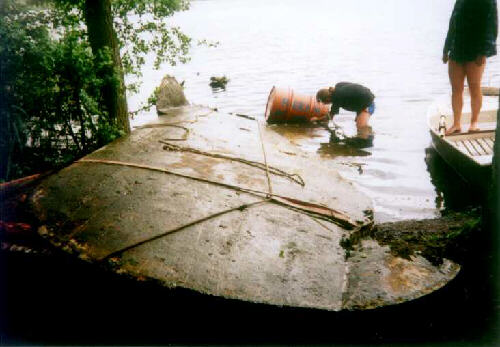 A wing from the B-17 being recovered from lake Stolsko.
(photo: J. Janczukowicz collection)

From the recollection of witnesses, the damaged American airplane sunk in the Stolsko lake on 29 May 1944. On the same day a German factory of synthetic fuel in Police was being bombed, airplanes from that bombing mission reportedly flew 20 kilometers from lake Stolsko, and it was assumed that this airplane was from that mission. 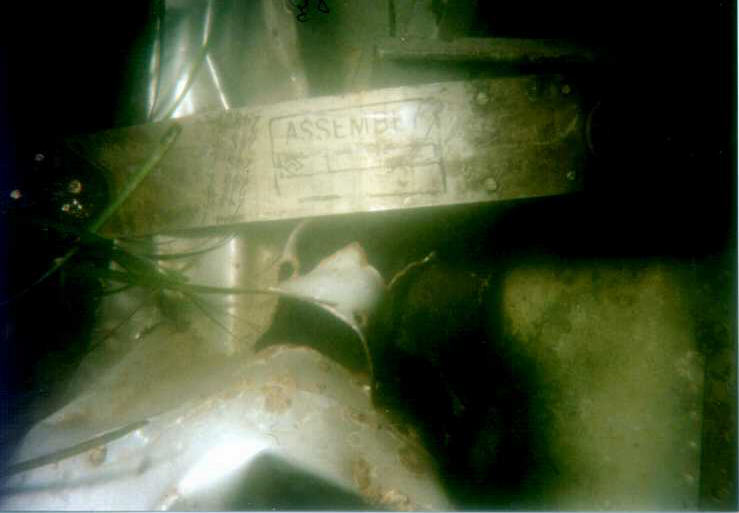 Fragments of the B-17 photographed on the bottom of lake Stolsko on July 1996.
(photo: J. Janczukowicz collection)

On 29 May 1944 almost 1000 heavy bombers of 8th Air Force were sent out on many various missions with targets in Germany and occupied Europe. 224 bombers from 2nd and 3rd Air Divisions attacked chemical factories in Police, and 9 launchers of V-3 rockets in Miedzyzdroje, but those were B-24 Liberators and in lake Stolsko they found a B-17. How then did the B-17 get there?

On 29 May 1944 8th Air Force lost several planes. The worst losses were recorded by 305th Bomb Group. Three Fortresses from that unit did not come back from bombing mission in Cottbus. Two were shot down near Miedzyrzecz and Przytoczna in Gorzow province (now in Poland). The crash site of the third bomber has not been made to this day. According to american documents, Boeing B-17G with serial number 42-38176 with letters KY-W crashed in the vicinity of Ransow, Germany, and crewmembers of 305th Bombing Group saw 10 parachutes over water. Some sources say that from those 10 only the navigator survived and was taken prisoner. Other reports say that two of them survived. On the mission to Cottobus, the crewmembers of B-17G s/n 42-38176 were: 1st Lt. Edward P. Kass - pilot, 2nd Lt. Frank A. Gioffe - co-pilot, 2nd Lt. Robert J. Kiernan - navigator, Sgt Warren M. Nutter - togglier, T/St Robert E. Rahn - radio operator, T/Sgt Henry A. Rublewsky - top gunner, S/Sgt Edward Towle - bottom (ball turret) gunner, S/Sgt Claudet Blanton - right waist gunner, S/Sgt Willie V. Franklin - left waist gunner and S/St Foster E. Heath - tail gunner.

A horse with harness (Polish saying) to the person who finds on map Ransow. This town is not even on the German WWII atlasses. There is only a river Randow which flows about 20 kilometers to the west from lake Stolsko.

Lets assume that the airplane that fell into the lake is number 42-38176, then there is only one problem left to solve. From the serial number of the airplane you can not only read the version of the plane which in this case is B-17G-30-DL. But did this Fortress carry a standard two color camouflage or was it left in the natural color of the metal it was made of ? This airplane belonged to the last version of B-17s that wore camouflage, which was produced by Douglas factories in Long Beach, California. The large piece of wing that was recovered from the lake does have the camouflage. 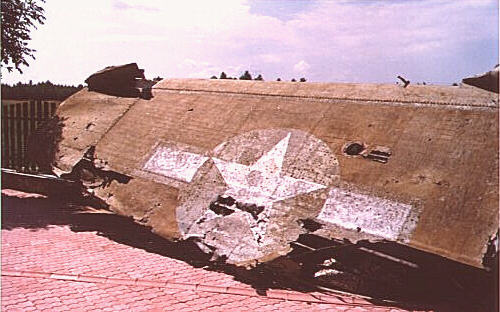 Another picture of the wing from B-17 Flying Fortress.
(photo: C. Olszewski)

It is known that the piece of metal with American star recovered from the lake and currently in the Polish Military Museum in Kolobrzeg does not have any camouflage on it. Was the paint destroyed through time, even though the star is still there ? This is even harder to believe since the camouflage on the wing did not deteriorate at all. It is worth mentioning that it was very common to repair airplanes with parts and sheetmetal from other planes, that's how hybrids were made. The most famous of such is the Little Miss Mischief from the 91st Bomber Group. This plane had the front fuselage from a silver plane #42-97880, and the rear from a camouflaged plane from 303rd Bomber Group. It looks like the Fortress from Stolsko is one such hybrid. It is also known that airplane number 176 (the last three digits of the serial number) was lightly damaged on 25 February 1944. But did the "light" damage require the replacement of a substantial piece of the fuselage between the wing and the side gunner ? The silver piece in Kolobrzeg museum probably came from that location. 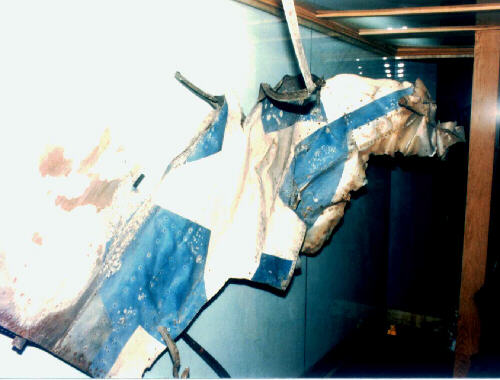 Silver sheetmetal from B-17 - most likely a piece of the fuselage - in the Polish Military Museum in Kolobrzeg.
(photo: J. Wallheim) 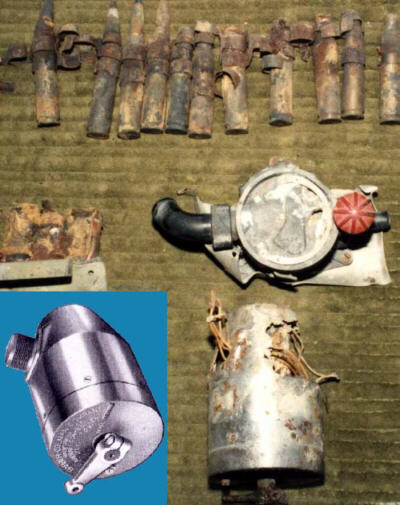 We don't have to wait to long to solve this riddle. There are news from Gdansk that among items recovered from the last recovery mission is a plate with a serial number on it which will allow us to correctly identify the airplane.

P.S. In the meantime it turned out that B-17 #42-38176 crashed near Rugen, a German island. So we still know nothing on the Stolsko's Fortress.

After some delay, information about the serial number of the engine recovered from the Stolsko Lake by Jerzy Janczukowicz's divers in August 1998 has finally been released to our Aircraft M.I.A.Project. Our Szczecin - based friend Piotr Kałuża kindly helped us to collect it.

Unfortunately, none of the documents on missing crews which are in our possession, i.e. Missing Air Crew Reports, contained the engine number SW-018882. At this stage, Paul Andrews came to our rescue. He is a respected American researcher and author of some fundamental books about the 8th Air Force. He painstakingly searched through numerous reports on missing crews and eventually found the relevant one which described the fate of a Flying Fortress of the 91st Bomb Group, serial number 44-6117, that did not return from a mission to Berlin on June 21, 1944. Its crew consisted of: 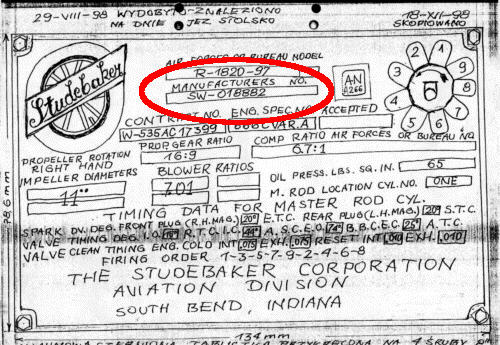 On that day, the 91st Bomb Group was attacked while approaching the target area by over 50 twin-engine Luftwaffe fighters. Aircraft s/n 44-6117 was hit by 20mm cannon shells in the trailing edge of the left wing behind no.2 engine and also in the left horizontal stabilizer. The wing caught fire, the crew salvoed the bombs and their plane peeled off from formation.

B-17G-40-DL s/n 44-6117 left the Douglas plant only a few weeks earlier, at the beginning of May 1944, and did not carry any defensive camouflage. The aircraft reached 91st Bomb Group at the end of May. According to Ray Bowden, a respected British researcher and author of books on the 91st Bomb Group and missions to Berlin, the Fortress flew only four sorties before June 21. The first one was on June 15 to Bordeaux-Merignac, three days later - to Hamburg; on June 19 again to Bordeaux-Merignac, and the next day once again to Hamburg.

Paul Andrews believes that it was damaged during one of these sorties to such extent that it needed the replacement of the left wing tip. The replacement part was probably borrowed from an older Fortress, painted in Olive Drab and Neutral Gray. That explains the presence of remains of camouflage paint on the wing part displayed in the Polish Armed Forces Museum in Warsaw. All members of Robert O'Bannon's crew bailed out about 10.08 hours while their aircraft fell into the Stolsko Lake, 22 kilometers to the North-West of Szczecin. Unfortunately, the tail gunner did not survive the jump. Reportedly he was shot in the air by a Luftwaffe fighter. The rest of Americans became prisoners of war.